How did we come to be here? The high cost of vacuum tube logic forced sequence upon early computer builders. Sequential character strings were the economic way to describe what sequential computers should do. Sequential programs controlled the expensive part of the machine, namely logic. The lethargic pace of logic circuits masked the cost of moving data over distance, allowing programming languages to ignore the cost of communication.

Today, the time delay and energy cost of communicating over distance dominate modern computers; logic is essentially free. Why then, do programming languages continue to control logic and largely ignore communication?

It will take a broad effort to escape our sequential prison, requiring changes in hardware, programming notations and the ways in which they are expressed. Most importantly, it will require recognizing that we are in sequential prison, and planning for an escape.

Ivan E. Sutherland (M’62) received his B.S. degree from the Carnegie Institute of Technology, his M.S. degree from the California Institute of Technology, Pasadena, and his Ph.D. degree from the Massachusetts Institute of Technology, Cambridge, in 1963, all in electrical engineering. He holds honorary degrees from Harvard University, the University of North Carolina, and the University of Utah. He joined Sun in 1990 as a Sun Fellow, Sun’s highest technical rank. He leads a small group working on asynchronous systems; his group develops asynchronous circuit methodologies and design techniques for fast CMOS circuits and applies them to new hardware architectures. His book, Logical Effort, published in 1999 with joint authors Sproull and Harris, describes the mathematics of designing fast circuits. His 1963 MIT Ph.D., Sketchpad, is very widely known, as is his early work on what is now known as Virtual Reality. He is author of 36 patents, as well as numerous publications and lectures. Dr. Sutherland’s honors include the Turing Award, Kyoto Award and the Von Neumann Award. He is a Fellow of the ACM and a member of both the National Academy of Engineering and the National Academy of Sciences 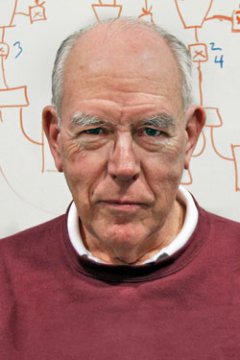